A Radio Station recently called a concert with Jill Cohn "an evening of Folk Americana Bliss".  Her Soul-Stirring Voice in combination with lush arrangements of toe tapping road stories had the Los Feliz Journal (Los Angeles, CA) naming her "Beautiful I Love You" album a top 10 indie pick of the year. 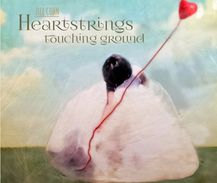 "Heartstrings Touching Ground" was produced and recorded by Grammy Award Winning Producer Malcolm Burn who has credits with Bob Dylan, Daniel Lanois  and is best known for his  production on "Red Dirt Girl", by EmmyLou Harris.

After receiving a live version of Jill's song, "Yellow  Rose" which is about the struggles of the common man  against corporate America, Burns invited the Seattle  Songstress to record with him  in his studio in upstate New York late last year. This collaboration has resulted in a stunning new collection of deeply personal songs with a universal message of hope.

Burns created a one of a kind musical soundscape for these songs and while he is credited for backing vocals, guitars, piano, bass, the way his sonic layers embrace the masterful drumming of Manuel Quintana and Cohn's emotive vocals, can only be summed up as, "Art - Produced by Malcolm Burn".

While on tour in support of her 2012 Self-produced release,"Beautiful I Love You", the Song, "Yellow Rose" came to Cohn after a chance meeting with a family at a truck stop. "They were migrating to the West Coast in search of work", says Cohn, "and their story became one that I had to tell as there are so many people like them, who simply haven't 'recovered' their lives since the downturn in 2008". Deeply touched by the response from audiences who heard the "Yellow Rose" song live, and consequently shared their own stories with Cohn, the songstress realized that she herself should step out of her own economic insecurities and reach a little further by seeking the right setting for the song to be recorded. Through Cohn's earlier work with Engineer-Producer, Jim Watts (Window To the Wise 2000, Traveling Companion 2005, Mexico City 2008, Beautiful I Love you 2012), a connection was made with Burns and the song was sent out for the possibility of a collaboration.

The "Heartstrings Touching Ground" album is diverse in subject and music, and while it observes some social issues like economic inequality and immigration, there is a light hearted love story to the album with songs like "Honey Dear" and "Missouri" that have inspired many folks to get up and dance at Jill's live shows.  Even with all of Heartstrings' layers and lyrics, Cohn's soothing voice leads the way through the song cycle that leaves the listener with a sense of hope that even in the worst of times there is music and light that penetrates all dark corners.

Cohn's songs pay homage to artists like Joni Mitchell, Sarah McLachlan and the Counting Crows, with tunes ranging from personal reflections to musical contemplations of social issues, love and spirituality. Raised in a small town in Eastern Washington, Cohn started singing before she started talking, and music has always been an integral part of her journey. A full-time musician since 1999, Cohn has released many critically-acclaimed independent releases, has gained notoriety with her songs placed in popular TV shows and continues making her live shows the centerpiece of her musical endeavors. In addition to being an endorsee of Taylor Guitars and Elixir Strings since 2001, she was a top five finalist in the Lilith Fair Talent Search, Jewel's Soul City Cafe and has shared the stage with many artists including: Jewel, Dave Matthews, Cheryl Wheeler, and most recently at two Sold out Concerts in California opening for the "Godfather of Americana Music"- David Bromberg.  In 2016 Miss Cohn was a featured guest artist on Dakota Midday, Nebraska Public Radio and South Dakota Public Radio's live concert broadcast, "No Cover".

"Her songs are beautifully crafted, sometimes bittersweet and sometimes hopeful, but ever easy and melodic with soulful and savvy lyrics" - Chicago Tribune 5/2014

Songstress, Jill Cohn's most recent release, "Heartstrings Touching Ground" was produced by Grammy Award Winning Producer Malcolm Burn, who has credits with Bob Dylan, Daniel Lanois and is best known for his production on "Red Dirt Girl", by EmmyLou Harris.   After hearing Jill's song, "Yellow Rose"  Burns invited the Seattle Songstress to record with him in his Kingston NY studio.  This collaboration has resulted in a stunning new collection of deeply personal songs with a universal message of hope.

Fans of this independent songwriter have heralded “Heartstrings” as the “summum bonum of all her works”.  She spent most of 2015 - 2017 on tour in support of this release.  The album also found its way onto independent and Americana Radio and had vibrant airplay nationwide for nearly the whole year.  It spent over 30 weeks on the Americana Radio Chart and received many positive print reviews in towns where Cohn performed.

An evening with Jill Cohn has been described as an intimate evening with a good friend, and the 11th offering from Cohn, “Heartstrings Touching Ground” is continuing to have attention from radio and audience’s nationwide with NPR Nebraska and South Dakota both featuring in depth State-wide interviews with the singer earlier this year.

A full-time musician since 1999, Cohn has released nine critically-acclaimed independent releases, has gained notoriety with her songs placed in popular TV shows and continues making her live shows the centerpiece of her musical endeavors. In addition to being an endorsee of TAYLOR GUITARS and ELIXIR Strings since 2001, she was a top five finalist in the Lilith Fair Talent Search and has opened for a long list of many well-known artists, but stand-outs include:  David Bromberg, Cheryl Wheeler, Vonda Shepard, Loudon Wainwright, Dave Matthews and Jewel.

2013 will mark the release of Jill Cohn's newest collection of songs, and her first studio effort in nearly 5 years.  With a 5 song EP pre-release, entitled "Beautiful" being immediately heralded as a top 10 indi pick by the Los Angeles area Los Feliz Journal, it would serve as the bridge for the Seattle songstress to finish the full-length CD. 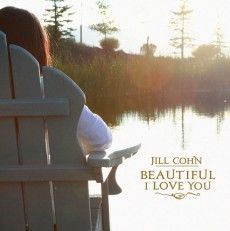 With this latest release, Beautiful I Love You, she not only embraces her relocation from Seattle to Northern California and her partnership with Austin-based guitarist Dave Sampson, but she’s tapped into a vein of musical and emotional inspiration that has surprised not only her fans, but the performer herself. “Maybe for the first time,” Cohn says, “I’ve pulled from the elements of my entire life as a recording artist.”

Upon hearing Jill's 2005 AAA radio favorite, "Rescue Dog," on KRSH radio in Northern California, Sampson contacted Cohn in regards to the possibility of working together. The two began performing as a duet in late 2009, and after touring extensively with Sampson, Cohn refocused her sound and started to write songs that would fit her new performing arrangement. “Dave's guitar work and musical sensibilities are a rare find, and from the first moment he stepped on stage with me, I knew that we heard music the same way,” says Cohn. With this new musical connection, it became clear that the direction of Cohn’s songwriting would draw from both Sampson’s lush acoustic accompaniment and her life experience as a touring musician.

“Being with someone who understood me as a musician added a whole new dimension,” says Cohn of her relationship with Sampson, “and I think Beautiful I Love You reflects the fact that I am definitely in a more buoyant place in my life, especially my personal life.” That said, there are many elements in common with Cohn’s earlier work. It features contributions from Seattle-based producer Martin Feveyear, bassist Brady Millard-Kish, keyboardist Greg Fulton, and Stephen Sherrard, who mixed the project and was a driving force in the album’s completion. It also includes a host of Los Angeles-based musicians, including Michael Barsimanto on percussion, bassist Marcus Blake, and Jim Watts, who engineered the band sessions at the celebrated Red Star Studios in Silver Lake.

One big change in the prep for the latest album is the fact that Cohn and Sampson workshopped most of the tunes on stage before ever setting foot in the studio. “It was really easy to do the recording, because we knew what we were after sonically,” says Cohn. “The songs really evolved on stage, from tempo to key to lyrics. In all of my previous releases, I wound up changing them live from the way they were done on the record. This really reversed the process for me, and in a good way, I think.”

In “Live Life,” the song she calls “the emotional heart of the album,” written about her transition from her former adopted home of Mexico City and her new life in the Bay Area, she sums up the past few years in a melodious blend of wistfulness and hope.

Between the warm city and the grey cold

But I’m not too happy being stuck in between

When all I am looking for is God

Now all I’ve wanted is gone

Finally I have all a lonely girl could want

Funded in part through a Kickstarter campaign that engaged Jill’s fans in the creative process, Beautiful I Love You is available at Cohn’s live shows and worldwide on iTunes, Amazon.com, and CDBaby.com. Cohn endorses both Taylor Guitars and Elixir Strings.

Jill Cohn’s songs pay homage to artists like Joni Mitchell, Sarah McLachlan and the Counting Crows, with tunes ranging from personal reflections to musical contemplations of a live well lived.

During Cohn’s tours, she has gained many new fans and concert opportunities,  including a performance at a Biodiversity Forest Rally where she opened for Dave Mathews.  Her most recent performances encompass a wide spectrum of venues and charitable events, ranging from local coffee houses in small rural towns, college campus concerts,  to her most moving appearance to date, where she performed her song “Instead of the Innocent” in front of 8,000 people at a peace rally in Seattle’s Volunteer Park.  Cohn was also picked as an opener for the Girls Room tour and was a top-five finalist in the Lilith Fair Talent search in Seattle, Portland, and Phoenix.  She has shared the stage with many pop/folk luminaries, including: Loudon Wainwright III, Vonda Shepard, Sacey Earle, Jimmy LaFave, the legendary David Mallett, Colin Hay, Danielle Ate the Sandwich, Apryl Verch, Sam Phillips and many more.